As this blog progresses, I’ve been dredging my memories for the most random anecdotes.  A lot of them have happened while I was travelling.  Maybe it’s the freedom of being in another country, maybe it’s the cultural differences, or maybe we all just switch off a bit when we’re on holiday.

The last point is certainly true for this story.  As I’ve mentioned before, when I was 25 I backpacked around the world.  My first stop was Australia.  I got straight off a 24 hour flight, and onto a domestic flight for Cairns.  Cairns is a dive town.  Full of night clubs and dive shops, there isn’t a beach in sight.  And like most tourists down under, particularly those travelling in the Northern Hemisphere’s winter, I was desperate to soak up the Australian sun on a beach.

After a few days scuba diving on the Great Barrier Reef, I boarded a tour bus down to Mission Beach, a small town just south of Cairns on the east coast.  Mission Beach is well known for its sky diving, and for white water rafting on the Tully River, a short drive away.  I checked into a hostel with a couple of Brits I had met on the tour bus.  We didn’t have any activities planned until the following morning, and so we decided to go off in search of Mission Beach’s beach!

It was 30-something degrees, and by the time we found the beach, it didn’t take us long to get into the water.  Australia!  We’d made it onto an Australian beach.  We stood in the waves, taking photos and splashing each other.  And then one of the guys, Mark, cried out in pain.  ‘I’ve just been stung by something.’ 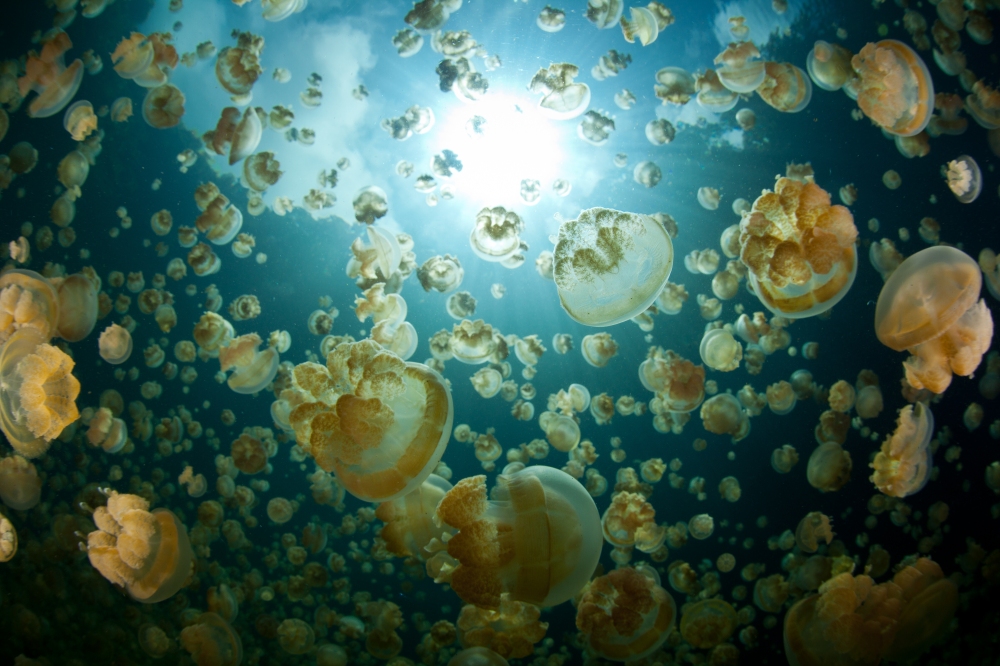 We waded back on to the beach, making jokes about jellyfish, and the scene from Friends where Joey has to pee on Monica.  On the sand, Mark was still in pain.  Cam, his friend, ran off to get some help.  There were 4 litre bottles of vinegar dotted around the beach to treat stings.  As Cam came back down the beach with one of the bottles, he looked white as a sheet.  There was an elderly woman beside him.

‘We’ve called an ambulance’, he said, looking nervous.  We poured vinegar over Mark’s leg, and tried to keep him talking.  Mark’s pain seemed to be getting worse.

‘You’re not meant to swim at this time of year!’ the local lady exclaimed.  ‘There are signs all over the beach, didn’t you see them?’  We hadn’t.  We also hadn’t correlated the fact that we’d had to wear stinger suits to scuba dive up in Cairns, with the fact that we had entered the same sea without them, just a hundred miles south of the city.

The paramedics arrived and treated Mark.

He’d been stung by a jelly fish, but luckily not a deadly one.  Box jellyfish, which are fatal, kill within minutes.  Mark had been stung by something called a ‘snot jellyfish’.  He was extremely lucky that the one which attacked him just happened not to be fatal.  And we were all lucky that in our ten minutes in the water, none of us had been stung by a box jellyfish.  That particular cove was a known harbour for them.  Someone had died on the very same beach just a few months beforehand, which was why the local woman looked so scared, and why Cam was petrified.

The next time I would bump into Matt and Cam on my travels, it would be in a hospital in Brazil, after Cam drank one too many caipirinhas!  But that’s a whole other story ….

You just can’t make this sh*t up!